It’s been about a year and half since I purchased Skyrim and even after logging almost 330 hours in game I still find myself drawn to it from time to time, and I’ve been meaning to write up an update about some of the mods I’m using and would recommend.(yay for finally getting around to it)

Quite possibly the most important thing you can do when modding Skyrim is to ensure that files are loaded in the proper order for stability and so things work they way they are intended.

B.O.S.S. is currently the best way to accomplish this.  It will automatically rearrange your load order and also warn you about possible problems with mods.

First I’ve edited my previous Skyrim post to weed out some of the mods I no longer recommend.  I’m also not going to relist and mods I’ve mentioned there to save some space.

I highly recommend getting all the Unofficial Patches for the base game and any DLC’s that you own.

Static Mesh Improvement Mod – SMIM  This mod edits many 3D models to improve their appearance and to fix many of the ugly seams and other oddities.

Skyrim Flora Overhaul  Adds more variety and increases the quality of trees, flowers, other plants in the game.  Currently I’m using the basic version of this mod since I have trouble (endless loading screen) when trying to leave Solstheim with the other versions.

Run For Your Lives and When Vampires Attack (for Dawnguard)  Makes NPC’s run into their house or the nearest inn during dragon/vampire attacks to prevent them from accidentally getting killed.

Calientes Vanilla Outfits for CBBE (WIP)  Replaces some of the vanilla female clothes and armors to better fit the CBBE models and supports the fantastic bodyslide that allows for nearly endless customization of the body shape.

After taking my dad to get his hearing aids last month I wanted to see how my own hearing was, so I downloaded uHear for my iPhone and when though the test using my Etymotic er3 headphones (since they are supposed to be fairly accurate) and was a little worried with the results. It showed that I had some mild hearing loss in lower frequencies. 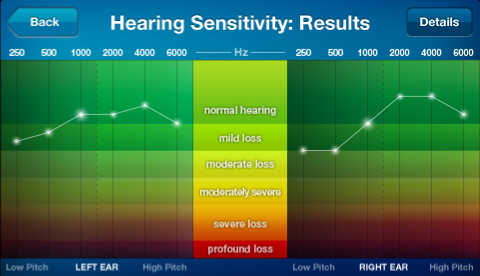 I then tried my Klipsch Image s4i which I generally prefer over the Etymotic’s and got somewhat better results. 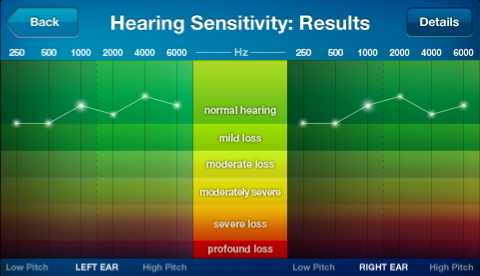 I can’t really say if the Etymotic’s really suck at lower frequencies (although that is a common complaint about them) or I’m just a little deaf, but at least I have some visual proof of why I prefer my Klipsch headphones.

And lastly a tiny rant about my dad…

Why did we go through all the trouble of getting you hearing aids if you’re never going to wear them?  I know they are tiny and you can’t figure out how to turn them on, but all you have to do is ask me to do it for you.  Getting really tired of super loud TV at 3 am.